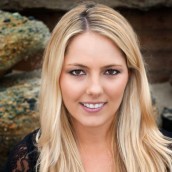 On Monday in Singapore, it was decided by the Internet Corporation for Assigned Names and Numbers (ICANN) that they would allow new domain endings other than the popular .com, .org, and .net! This was a historic moment in Internet history.

“ICANN has opened the Internet’s naming system to unleash the global human imagination. Today’s decision respects the rights of groups to create new Top Level Domains in any language or script. We hope this allows the domain name system to better serve all of mankind,” said Rod Beckstrom, President and Chief Executive Officer of ICANN.

For Richer or Poorer: What does all this mean? Internet web addresses can now end in any word in any language, creating the ultimate marketing platform for businesses. What is the catch to getting your personalized domain name? $185,000 and a 360 page application lets you apply to own your own gTLD. ICANN will have the final decision on who gets the hot domain endings like .money or .tickets. This could bring some controversy to the table, how will they decide what one company will own it? Who has the right to claim the domain, the biggest company with the specific word in their trademark?

Duh, Winning! : For the lucky winners, this can mean huge marketing and branding benefits. This brings personalization, authenticity, exclusivity, and legitimacy to websites and brands like never seen before on the web.

Does This Change SEO? : Not for right now… Google doesn’t choose a website over another because their domain is .com instead of .net. The only difference is country-specific domains.  As of right now, SEO specialists think the only benefit of the domain endings is the branding aspect they will provide the individual company that owns them.

1.) Why did ICANN choose to only allow 1 person/company to own the new domain endings when thousands of people use .com? It is said there will be a timeline where if you complete the application before someone else, it is first come, first serve. This leads into the next question…

3.) If it turns out that this is just a bidding war of money, where does that money go? ICANN is a not-for-profit, but in their FAQS section of their website it doesn’t say what the $185,000 is used for.

4.) If a company owns a trademark for their name, does that mean they automatically have the rights to that domain ending? After skimming through the 352 page guidebook, we found out that they will take that into account but they cannot reserve a TLD for a trademarked name. If more than one person wants the same domain ending, you are going to have to file an objection…and deal with that whole mess and more fees to pay.

So what are the results of this ICANN meeting in Singapore? A lot of competition, what if’s, controversy, and MONEY!