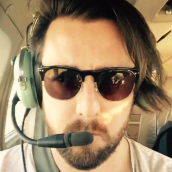 A lower court’s ruling that declared Google to have violated trade laws with their allowance of AdWords purchasing  has been overturned by a higher court.

Google won a historic lawsuit against the ACCC (Australian Competition and Consumer Commission) in which they were found to not be directly responsible for misleading any of the advertising it had on its website. All five judges of the Australian High Court unanimously ruled that Google didn’t break any of Australia’s trade laws when they allowed competing companies to purchase certain AdWords.

An earlier decision from a Federal Court had originally ruled that Google had violated Australia’s Trade Practices Act of 1974. The advertisements sparking the lawsuit happened between March 2006 and July 2007 in which a car company named CarSales had their ads come up in the search results for Honda Australia.

Google’s biggest defense was that the global giant was just simply a publisher of the content and could not be held responsible for the content and representations that stem from what the AdWord purchaser does with the “words”.

The court agreed with Google in feeling that the misleading and misrepresentations were not and had not been created by Google. The court believed the problem wasn’t directly Google but the AdWord purchasers that bid on search terms in an effort to deceive consumers.

“Ordinary and reasonable members of the relevant class of consumers who might be affected by the alleged conduct would have understood that sponsored links were advertisements and would not have understood Google to have endorsed or to have been responsible in any meaningful way for the content of those advertisements,” the court said.

The point of the case was not in disputing whether these sponsored links were misleading but rather if the actually misleading content falls in the responsibility of Google.

“It remains the case that all businesses involved in placing advertisements on search engines must take care not to mislead or deceive consumers,” said ACCC Chairman Rod Sims.

AdWords allows businesses and individual buyers the chance to bid on certain searchable keywords and win the right to be displayed on Google’s search results page at the top, right side, or best place possible based off of how high the bid is.

This is not the first time the global web giant has been sued before. Other companies such as Geico, Rosetta Stone, and American Airlines are claimed that Google shouldn’t be offering or allowing competitors to violate their own company trademark (through keywords) to use it for advertising of the competitor’s own products.